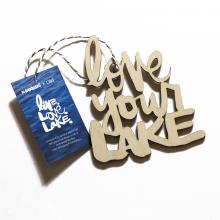 Show off your love for the lake with these unique #kbscript wooden art pieces designed exclusively for LWF by local artist Kal Barteski and featuring Kal’s signature brush script!

Purchased pieces can be picked up at the LWF office or shipped to you within Canada for an additional cost. (Remember to add “shipping cost” to your cart when placing your order online and choose the shipping cost associated with the size of your piece.) *Please note: Due to fragility and/or weight, we strongly encourage in-person pick-up if at all possible.

Say hello to LWF staff, learn more about our work, touch real zebra mussels and purchase some of our amazing fundraising products. We'll be at Walter White School from 10 a.m. to 3 p.m. - hope to see you there! 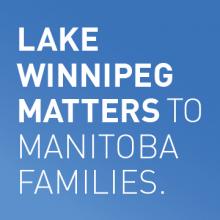 With the provincial election just one week away, a new poll reinforces the importance of Lake Winnipeg to all Manitobans.

The online survey of 882 Manitobans was conducted by Probe Research Inc. for the Lake Winnipeg Foundation (LWF). Among the findings:

“We are not surprised by these numbers. They reinforce what I think all Manitobans already know: the health of...

At this year’s AGM, we’re excited to feature an innovative project we’ve undertaken in partnership with Native Plant Solutions, the University of Manitoba and FortWhyte Alive. Last summer, these partners developed and tested “floating cattail bioplatforms,” a living water treatment tool that has the potential to remove phosphorus from lakes and wastewater lagoons. Our partners at Native Plant Solutions will be... 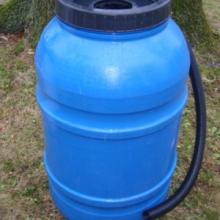 We first met some of the young water champions from Strathmillan Elementary School when we presented last year to a particularly enthusiastic Grade 4 class. Inspired by what they learned about Lake Winnipeg, these students went on to collaborate on a series of watercolour paintings, write letters to local politicians and organize a successful fundraiser for LWF. 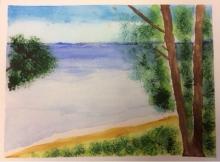 One of the beautiful paintings created by Strathmillan students last year.

Fast forward to this year, and the entire K to 5 school has rallied into action!

Strathmillan has chosen “water” as its 2016 educational theme – and LWF as a...

Manitoba’s election campaign has officially begun – and Lake Winnipeg needs to be on the agenda.

Over the past three decades, excess phosphorus has increased the growth of harmful algae blooms which are contaminating beaches, reducing water quality, and threatening local industries and communities.

It’s time for all of us to get involved as citizens living in a democracy in which the collective voice of the people influences the laws of the land.

It’s time to speak out for Lake Winnipeg.

To help voters make an informed decision when casting a ballot on April. 19, we’re...

Are you a full-time student looking for summer work before returning to school in the fall? We’re on the hunt for extraordinary event planners, social media superstars and marketing geniuses with a passion for the environment.

LWF is creating an applicant pool for two term positions:

How do you solve a problem like Lake Winnipeg? 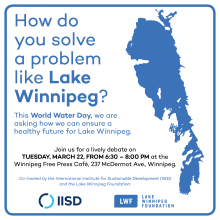 This World Water Day, we are asking how we can ensure a healthy future for Lake Winnipeg.

What does a healthy Lake Winnipeg look like? What should the next provincial government be doing to protect it? How can Winnipeggers get involved?

Co-hosted by LWF and the International Institute for Sustainable Development.

Since 1997, Feb. 2 has been observed as World Wetlands Day. Throughout the world, people are encouraged to raise awareness about the importance of wetlands and take action in their own communities to protect these special areas.

How are you planning to celebrate World Wetlands Day 2016? Click here for some ideas!