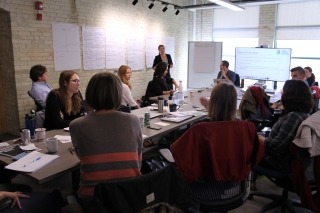 As the 2017 open-water season draws to a close, participants and supporters of the Lake Winnipeg Community-Based Monitoring Network (LWCBMN) met in Winnipeg to discuss progress, share lessons learned and plan next steps.

Co-ordinated by the Lake Winnipeg Foundation (LWF) and supported by LWF’s Science Advisory Council, the LWCBMN is engaging citizen volunteers in the collection of water samples. These samples are then analyzed in a lab to measure phosphorus concentration and calculate the amount of phosphorus being exported off our landscapes.

Citizen-generated data can be used to pinpoint phosphorus hotspots across the watershed. The more data we have, the better we can focus our energy and invest our resources wisely to improve the health of our lakes and rivers.

Highlights from the gathering

Currently in its second year, LWCBMN partners use sampling protocols that produce robust, credible data compatible with those of existing water-monitoring programs conducted by federal and provincial governments.

High-water events – such as spring snow melt or heavy rain storms – are also high-phosphorus events. This information confirms just how important timing is when conducting water monitoring. If you miss the spring melt, for example, you miss most of the phosphorus coming off the landscape.

Phosphorus export from the Manning Canal sampling site increased to 1.63 kg P/ha/y from 2016’s 1.1 kg P/ha/y – possibly due to the amount of water flowing past this site also increasing. In 2017, 97 per cent of phosphorus loading occurred during the spring – up from 85 per cent in 2016.

Phosphorus export from the Upper Seine sampling site decreased to 0.29 kg P/ha/y from 2016’s 0.48 kg P/ha/y, while the amount of water flowing past this site also decreased from the previous year. In 2017, 98 per cent of phosphorus loading occurred during the spring – up from 82 per cent in 2016.

Many years of data are needed to ensure we are not being misled by annual variation. Still, these findings suggest that there’s potentially something interesting happening in certain areas of Manitoba – and we should try to learn more.

Next steps for the LWCBMN

Over the coming months, Chelsea will complete lab testing and work with LWF science advisors to analyse the rest of the 2017 samples. Contextualized reports will be created for all regions and shared back to LWCBMN partners. LWF will also share 2017 findings online.

Future plans include creating an app that will give citizen scientists the ability to input water-quality information from the field, and improving data accessibility online. LWF continues to liaise with national partners to ensure LWCBMN data contributes to a better understanding of the health of Canada’s waters.

Pinpointing phosphorus hotspots in the watershed will help us focus our energy and invest our resources wisely to improve water quality. The Lake Winnipeg Community-Based Monitoring Network is creating opportunities for citizens to roll up their sleeves and get meaningfully involved in a hands-on way.

To learn more about the LWCBMN and see findings from 2016, click here. 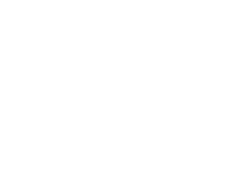