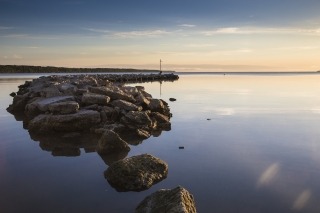 On April 11, Manitoba’s government released the 2017 budget, its spending plan for the coming year.

Lake Winnipeg was not specifically mentioned in either Finance Minister Cameron Friesen’s speech or the budget summary.

Water-related spending appears on page 18 of the budget summary, nested under strategic infrastructure. This spending includes a $60 million investment in water-related infrastructure such as flood protection, drainage and other water-control initiatives, and represents a 33 per cent increase from the 2016/17 budget.

Budget 2017 also mentions the province’s soon-to-be-released Climate and Green Plan, which will contain policies and priorities on climate, jobs, water and nature. (The province had recently solicited public input on this plan via an online survey.)

On page 21 of the budget summary the province acknowledges that, “The environment and the economy go hand-in-hand. We cannot think of one without acting on the other.”

We agree – and, as such, we find it surprising that Lake Winnipeg was not acknowledged by provincial decision-makers when setting out priorities for Manitoba’s future.

Lake Winnipeg is the 10th largest freshwater lake in the world. In addition to being internationally recognized for its ecological importance, Lake Winnipeg is a rich source of cultural connection and spiritual tradition, and a precious resource that supports local industries and communities. Lake Winnipeg generates more than $125 million each year from commercial fishing, tourism and recreation, and is the world’s third largest hydroelectric reservoir.

When it comes to the health of our shared waters, we can either pay now – or we will pay later.

This is not just our assessment: it’s also the opinion of the vast majority of Manitobans. Probe Research recently conducted its annual, province-wide Omnibus poll. Almost three-quarters of poll respondents (71 per cent) agreed that “failure to clean up Lake Winnipeg today will cost Manitoba taxpayers significantly in the future.”

This sentiment is even stronger in Winnipeg, where 75 per cent of city residents agreed with the statement. The health of Lake Winnipeg isn’t just important to people who live on its shores. People across the province recognize the urgency with which we need to take action to restore and protect this iconic waterbody.

At LWF, we remain committed to bringing the collective voice of our supporters to the tables of decision-makers, using the Lake Winnipeg Health Plan to advocate for evidence-based solutions to reduce phosphorus loading. To read some of our recent policy submissions, visit our “For Citizens” page.

Budget 2017 and other supporting documents are available here.