Nominate someone you know for the Alexander Bajkov Award! 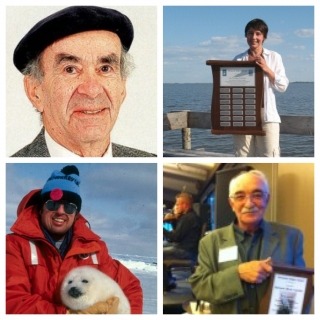 We know so many people who have devoted much of their personal and professional lives to help improve the health of Lake Winnipeg. That’s why, since 2008, the Lake Winnipeg Foundation has been publicly recognizing these passionate individuals with our Alexander Bajkov Award.

Named in honour of the pioneering researcher of Lake Winnipeg (you can read his bio here), this annual award is presented to a person who exemplifies Dr. Bajkov’s dedication to the understanding of Lake Winnipeg and who demonstrates outstanding efforts to protect and restore the lake and its watershed.

Past recipients have included scientists, politicians, educators and journalists. (A full list of winners is available here.)

It’s nomination time once again – and we want to hear from you!

Do you know someone working in the field of science, art, environmental stewardship, education and/or advocacy whose efforts over the past year (or beyond) deserve to be celebrated? If so, please consider nominating them for the 2014 Alexander Bajkov Award.

Downloadable nomination forms are available here. We accept submissions from LWF members, members of the scientific, academic and arts communities, as well as from the general public – so make sure to tell all your friends!

Submissions will be reviewed by an independent committee and the 2014 Alexander Bajkov Award winner will be announced at our upcoming 2015 annual general meeting.

Help us give our local lake champions the recognition they deserve!