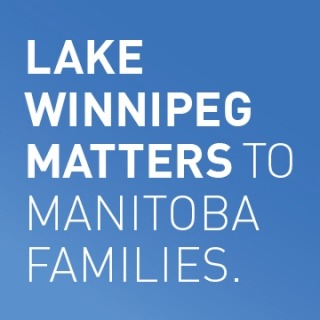 With the provincial election just one week away, a new poll reinforces the importance of Lake Winnipeg to all Manitobans.

The online survey of 882 Manitobans was conducted by Probe Research Inc. for the Lake Winnipeg Foundation (LWF). Among the findings:

“We are not surprised by these numbers. They reinforce what I think all Manitobans already know: the health of Lake Winnipeg matters a great deal to Manitoba families,” says Alexis Kanu, executive director of LWF. “Manitobans have a chance to speak out in the upcoming election – and we hope they use their voices to speak for Lake Winnipeg, and for all the lakes and rivers across our province."

Manitobans will head to the polls on April 19 and no matter who they plan to vote for, they expect Manitoba’s next government to lead the charge in improving the health of Lake Winnipeg.

Three quarters (74%) of Manitobans told Probe they hope the next provincial government will put a high priority on addressing Lake Winnipeg’s problems. This figure jumped to 81% among those aged 55+, the demographic most likely to vote in elections.

When asked about specific provincial measures to restore the health of Lake Winnipeg, Manitobans prioritized improvements to civic wastewater treatment and protections for threatened wetlands.

Both measures are key components of LWF’s flagship initiative, the Lake Winnipeg Health Plan, which identifies eight sector-specific actions to reduce the amount of algae-causing phosphorus flowing into the lake from across its large watershed.

Wastewater treatment and wetland protection are also two topics addressed in an election survey that LWF sent to all political party headquarters and to all Manitoba election candidates. Highlights from party responses include:

“Citizens have made it clear: Lake Winnipeg must be a priority of Manitoba’s next government,” Kanu says. “LWF looks forward to working collaboratively with our province’s new leadership towards a clean, healthy Lake Winnipeg and watershed – now and for future generations.”

Probe Research surveyed 882 Manitobans online between March 28 and April 5, 2016. The sample was provided by Probe Research’s proprietary panel and supplemented with those from a reputable national panel provider.

As an online survey is a sample of convenience, no margin-of-error can be ascribed. However, a random and representative non-convenience sample of 882 adults would have a margin of error of ± 3.3 percentage points, 19 times out of 20.