Have your say on Red River water quality standards 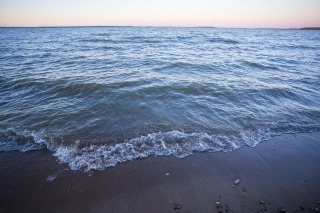 Update: The deadline for public feedback on the IJC’s proposed nutrient loading targets and concentration objectives has been extended until March 28, 2020.

The International Joint Commission (IJC) works to prevent and resolve transboundary water disputes, investigating issues and recommending solutions to the governments of Canada and the United States. Guided by the Boundary Waters Treaty, which was signed in 1909, it was established in recognition that each country is affected by the other’s actions in lake and river systems along the border.

The IJC is currently soliciting public feedback on proposed nutrient loading targets and concentration objectives for the Red River, which have implications for water quality in Lake Winnipeg.

Developed by the IJC’s International Red River Board, the proposed targets are nonbinding, but are designed to limit the amount of algae-causing nutrients allowed into the river as it crosses the boundary between the United States and Canada. Once finalized, the targets will be recommended to both federal governments, which would then make the decision how, when and if to implement them.

LWF’s submission – which executive director Alexis Kanu presented at a Feb. 12 hearing held in Winnipeg – supports the proposed phosphorus objectives for the Red River, based on a robust body of research demonstrating that phosphorus drives the growth of harmful algae blooms in freshwater ecosystems.

We do not support proposed nitrogen objectives. Reducing nitrogen loading will have no impact in reducing algae blooms in Lake Winnipeg. Cyanobacteria, more commonly known as blue-green algae, relies on dissolved reactive phosphorus in the water to grow, and pulls its own nitrogen from the atmosphere – literally out of thin air. This is one of its incredible evolutionary advantages, and it’s the reason why reducing nitrogen doesn’t reduce potentially toxic blue-green algae.

To meaningfully address eutrophication in Lake Winnipeg and make effective use of limited resources, we must maintain a strict, science-based focus on phosphorus.

Take part in the public consultation process. The ICJ is accepting comments by mail, email and online until Feb. 28, 2020.

Here’s an example of a helpful submission:

I am responding to your request for public comment on proposed recommendations for nutrient pollution targets for the Red River.

Lake Winnipeg is the 10th largest freshwater lake in the world. This lake defines Manitoba’s geography, shapes our cultures, supports our biodiversity and drives our economy. I own a cottage on this beautiful lake and have seen firsthand the unsightly, potentially toxic algae blooms that plague its waters every summer.

Algae blooms are caused by an excess of phosphorus. The connection between phosphorus and algae growth has been demonstrated over five decades of research in freshwater lakes at the acclaimed International Institute for Sustainable Development – Experimental Lakes Area.

I do not support the IJC’s proposed nitrogen objectives, since reducing nitrogen loading will have no impact in reducing algae blooms in Lake Winnipeg. To meaningfully address eutrophication and make effective use of limited resources, policy must be based on the best available science, and science tells us to focus on phosphorus.

Lake Winnipeg matters deeply to me. I expect the governments of Canada and the United States to work together in a constructive way on evidence-based actions that will lead to meaningful improvements to this exceptional natural resource.

Remember to customize your comment as much as possible, and aim to be clear and concise with your message.

Submissions can be emailed to Sarah Lobrichon at lobrichons@ottawa.ijc.org, or posted as a comment on the IJC’s Red River water quality standards public input web page, where you will also find background documents and other information. Or, you can mail your submission to:

Want to learn more about LWF’s position on the IJC’s proposed nutrient targets for the Red River? You can read our submission on our “Resources for Citizens” web page.